After I posted the proposed cover yesterday, several people commented that they thought the image was rather dark. I know this varies a lot on screen, so I tried a brighter image. I was going to for backlit effect, but I guess that didn’t work as well as I hoped. Anyway, here is another try. Personally, I think it’s a bit too bright, but maybe I just need to turn down the monitor. 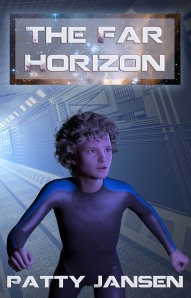 In further progress reports, I can announce that finishing a trilogy is definitely harder than starting one. I wrote the bulk of book 1 of the Icefire trilogy in five weeks. I didn’t do anything with it for two years afterwards, but that’s another story. Book 2 was easy, because I already knew what needed to happen and, more importantly, how it needed to happen. Book 3 is a lot harder, because all the seeds I’ve thrown out in earlier books need to come to fruition, and need to do so in a way that makes sense, and that results in a flowing storyline that builds tension at the right places. I knew what needed to happen, I sort-of knew how it would happen, but I didn’t know how or when. To top it off, the three storylines operate on an entirely different level, from very personal to very broad.

But I have arrived at chapter 28 and have a few chapters to go before I can say THE END. They are important chapters, and won’t be done in a hurry. That said, I have everyone where I want them, and I have even managed to get the love affair in.

When I get to the end, there will be some edits at chapter-level and then liner edits. By that time it should be good to go.